Almost every little boy and sometimes many little girls, dream of becoming famous international football players and many carry this dream into adulthood and strive to achieve it. After all, the enormous publicity, the rather hefty pay packet and the toned physique that comes as part of the deal, isn’t something to be sniffed at.

However, it is sadly unlikely that everybody will meet the high standards and skill required to make it to the big leagues, that is, until recently as new virtual pathways have allowed 40 very lucky competitive Fifa stars to fulfil their childhood dreams and find themselves faced with a rather realistic electronic pitch.

Whittled down to 20 top-rated clubs at the beginning of this year,  Southampton representative ‘Owen Venn’ and 19 other Premier League clubs have just changed history by taking on the first ever esports tournament by England’s top flight. The final event which continued over the course of two days, involved the best of the best players for the virtual game but players who would not necessarily be the cream of the crop when it comes to real life football playing. Both versions of the sport involve a very different skillset. Venn, or ‘Venny’ as his fanbase prefer, commented on the excitement that online gaming has to offer within this field and how it’s helping to make dreams a reality:

“Since I was little I wanted to be a footballer […] Not having the ability was a bit of an issue, but being able to do it by playing video games is an unreal feeling.”

So how did this process begin? At the back end of last week, the 40 chosen players who were lucky enough to win their club’s qualifying round, all progressed to compete at a venue that specialises purely in esports events; the Gfinity Arena, found in Fulham, London. These players were then prepped and ready to compete for the chance to be a recognised ePremier League champion.

Step by step, the 20 players that competed via both Xbox and PS4 platforms, were separated into four groups that consisted of five players. The top two players of them all then advanced to the quarter-final round where it became a very real fight for the place in the next round and involved a knockout style competition. The survivors of both these virtual rounds would head to the grand final where a final winner would come to light and take the title. 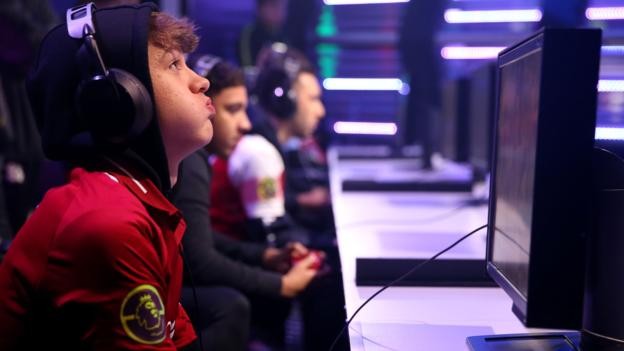 One of the most attractive factors is the fact that anybody over the age of 16, living in the UK, was able to compete for their chance to be chosen as an offline qualifier for their city club and to feature at a Premier League stadium. The winners of the qualifiers would then progress to the ePremier League finals where they would become proud club representatives and visible to all.

Another humble aspect is the fact that there is no prize pool or money offering for taking part, it is solely about the enjoyment of the game and for people who take a genuine interest in being a competitor with no glorified benefit.

This huge opening meant that many familiar names and faces from the gaming industry made the list with the highest-ranking Xbox player on the planet, Donovan ‘F2TekKz’ Hunt, only 17, stood to represent Liverpool City and others such as Tassal ‘Tass’ Rushan, and Jamie ‘Jamboo’ Rigden with their representation for Arsenal and West Ham. In addition to these well-known celebs, other famous faces were noticed at the event, including Youtube and Hashtag United founder, Mr Spencer Owen who was the host and bringer of the party.

Speaking again in reference to the enormity this created, Owen Venn continued with his discussion: “We got a training-ground tour where we got to see all the players, and made some videos with Saints left-back Matt Targett. The support they’ve been giving me is unreal.”. In relation to his personal experience, Venn commented: “It’s been crazy, to be honest. […] They gave us hospitality for a game. I haven’t been to a match in years so that was great.”

The intense grand final saw Manchester United and Liverpool go head to head in the ePremier League and was reportedly considered a predicable and anticipated result. Once Manchester United player, Kyle ‘KyleLeese_’ Leese, defeated Liverpool’s Chelsea’s Jas ‘Jas1875’ Singh, with a 3-2 result in the PS4 final round, audiences were initially unsure which way the win would fall, but shortly after that Liverpool fought back with a 4-3 win to player ‘Hunt’ in the Xbox One round to player Diogo ‘SCP Diogo Mendes. Finally, Hunt competed again with a 4-1 win via the PS4 platform, before continuing his winning streak with a 2-1 triumph via Xbox One which saw him become the first ever ePremier League Champion. The outline of this monumental final race is featured below for reference. 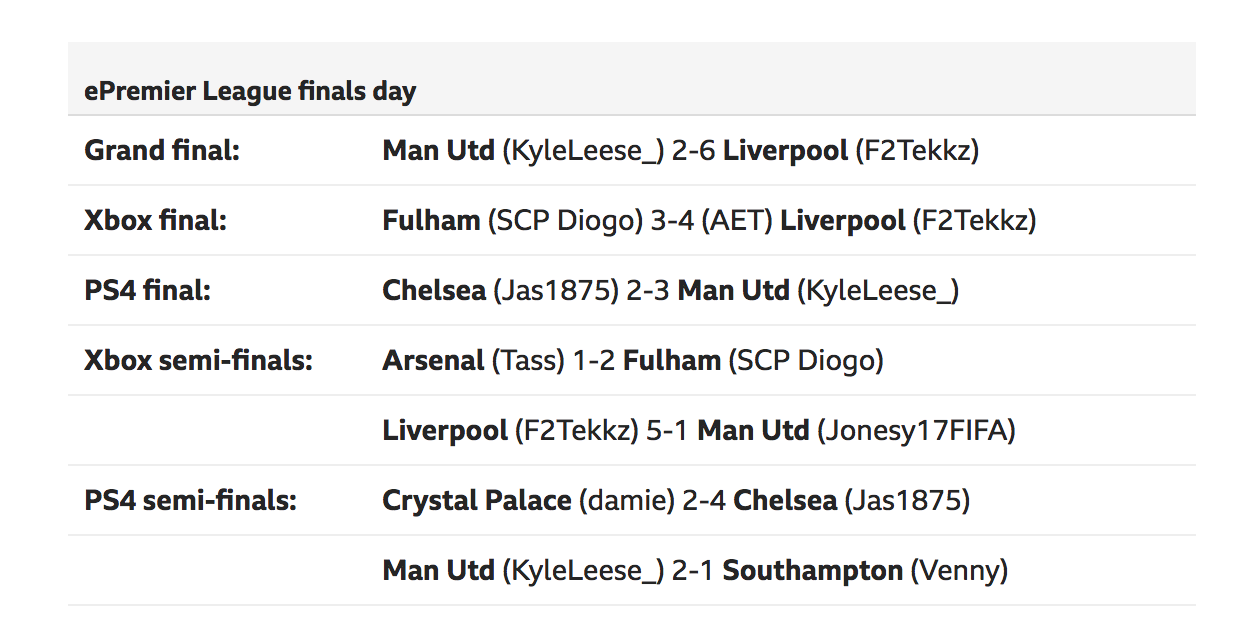 After the excitement that last week brought, it is natural to question what will happen next and whether or not these featured players will appear in the Fifa eWorld Cup 2019, the biggest event of the season, which is scheduled to commence at the end quarter of the year. It is there that the official world champion will be crowned and this event would likely attract millions of online and offline viewers, as it does with other esport world tournaments.

In terms of the future for the ePremier League, Sales and Marketing Manager, Mr Will Brass hinted that the reoccurrence of this event is unclear and when asked if it will return, replied in an interview:

“The honest answer is I don’t know” Mr Brass continued by addressing what is really important to the company: “What we’re really focused on doing is creating the best competition we can for this iteration of the Premier League, and most importantly the best competition for the gamers and the fans.”

Whether or not we will see a similar event in the near future may be unclear, however the Fifa community cannot deny the buzz and excitement they have experienced over the course of the last week. Their attempt and success at being recognised in the esports chain has taken on new heights and Fifa can, arguably, be clarified as a very strong competitor in the esports scene and one that strives for huge success and brings entertainment value.