Brexit has somewhat monopolised the news as of late and for quite some time now, with the decision to either ‘leave’ or ‘remain’ in the European Union being at the forefront of our minds. With that decision still in the making, Brexit has undoubtedly had various affects on the country and many independent and large scale companies in the mix. The question on our lips is, how will Brexit affect the esports industry? Or, more crucially, how has it affected esports so far?

A change in residency, new travel and visa laws, house prices etc, they will all be influenced and changed if the United Kingdom is to withdraw from the EU; the world as we know it will be shifted. The result at hand is to be made eminently, with politicians battling it out daily to reach a conclusion and a suitable Prime Minister at that. The deciding vote will be one for the history books and hopefully not one that we will all learn to regret.

Nobody can say for certain how Brexit will affect the world of esports, however we have been given an inkling into the ramifications of the industry should we leave the EU, with news of the 2019 League of Legends World Championships (Worlds as its better known) leaving the UK off the list of visiting countries this year. Traditionally and certainly for the last few years, this Riot Games Championship Tournament has become an annual staple on the esports calendar, with capital cities such as Berlin, Brussels and Paris also frequently on the list of hosting locations for the event. Audiences flock in from miles wide to witness the winning champions lift the 70lbs Summoner’s Cup and claim the reigning title and significant prize pot, that to not involve the UK as a competitive venue seems a notable shame. We question whether or not the reasoning behind checking the UK off the list comes from the uncertainty of Brexit and its rippling effect being a core motive to withdraw. More information on this matter can be found here. 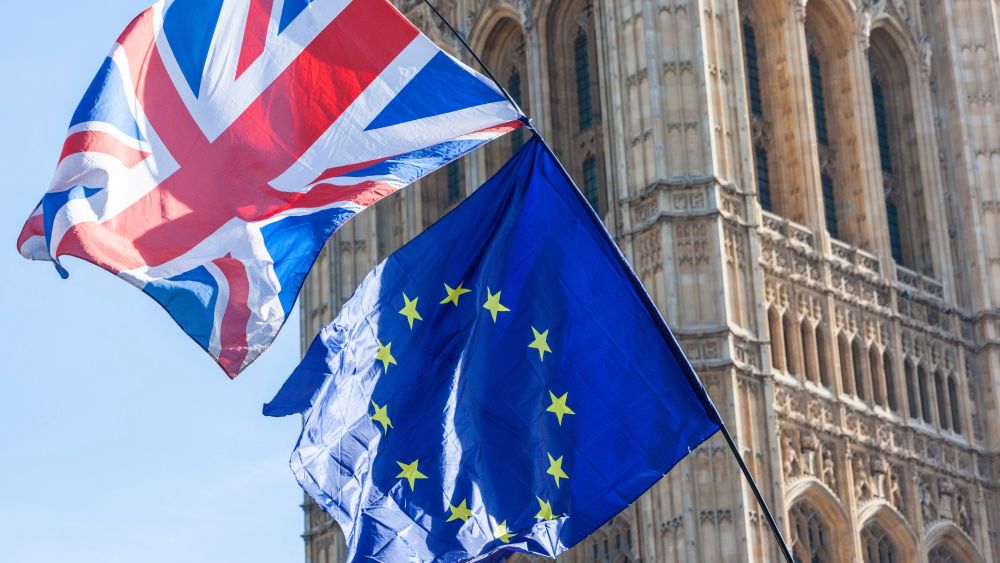 Credit: Photo by Steve Parkins/REX/Shutterstock (10114329e)
One fact we are all compelled to remember is that the process of leaving the European Union can takes months or years to fully complete. That being said, there are significant players that take residency in the UK who may soon be faced with visa issued and mountains of paperwork to ensure their eligibility for remaining a UK citizen. League of Legends player Raymond “KaSing” Tsang and Dignitas hunter, Nate “Ataraxia” Mark – known as the most wealthy UK esports player according to esportsearning.com – could be in the firing line for some Brexit backlash should we vote to leave, which would have great consequences for their teams and status and they wouldn’t be the only players in this position.

American esports news site, PVPLive, also recently researched the issues surrounding the UK and Brexit and made a valid point in terms of the merchandise that is available to buy from Riot’s European online stores. PVP went on to describe the difficulty that UK League of Legends fans may come across as the store currently only accepts Euros as a form of currency, since the value of the pound took a hit after the first initial leave vote following the referendum. Fans may still be able to purchase goods from the site, however they anticipate paying a lot more than they are used to, with charges soon to be set in place, the need for these items vs the larger fees may soon be questionable.

With many of questions about esports and Brexit still unanswered and many more esports followers becoming increasingly worried, esports public figure ‘Redeye’ (or Paul Chaloner to many others) recently took it upon himself to try and have these issues answered once and for all. The confident esports host wrote a letter to the UK government with a list of questions put to him from the esports community and he raised concerns with the department on behalf of us all. The letter and response he received are both visible below:

On May 1st 2019, I wrote a letter to the UK government regarding esports and brexit. This contained questions compiled from members of the UK esports community, team owners, managers, players, tournament organisers, talent and fans. Today I received a response. pic.twitter.com/VKbEHdy3if

In addition to these responses, Games4EU, a grassroots gaming campaign representative, states that a leave Brexit deal would be devastating for the esports industry and would essentially leave the UK “disconnected” should we follow through with that notion. He quotes in full:

“UK interactive entertainment will be harmed by a hard Brexit…. And devastated in a no-deal Brexit […] This will make it harder to recruit talent into the UK and over the longer term may aid a brain drain of talent out of the UK and into the EU or elsewhere.”

Ian Livingstone, Founder of Games Workshop, a smaller British business, also commented their opinion recently by stating that the removal from the UK will greatly tarnish the gaming industry and its possibilities for the future:

“By removing certainty and many of the existing benefits of EU membership, it is feared that Brexit will hinder the UK industry’s ambition to be the best in the world.”

It is unclear for certain just how leaving the European Union will ultimately affect us all, however from all that we have discovered, the future for UK esports and the status of the industry in this country will be unsteady and the impact could be distressing. Remaining in the UK arguably comes with its strengths for the gaming community but until the decision is met and the deed is in hand, UK fans and players can only prepare for the potential of an uncertain esports future.