Game throwing is something that has plagued both esports and traditional sports for decades. This is when a player or team intentionally loses a game by doing uncharacteristic things or making intentional mistakes, rather than just forfeiting. In the world of esports this has recently been a talking point around the team Unicorns of Love.

Rift Rivals was a recent tournament that brought this into the spotlight. Not because there was alleged match fixing in the traditional sense, but instead because there was a definite and noticeable lack of competitive focus by one of the teams during a match.

Rift Rivals has long been a key date in the calendar for League of Legends esports, bringing together the top teams from each region to battle it out for sheer regional bragging rights. Each year the event draws hundreds of thousands of viewers per match from around the world tuning in through Twitch and YouTube, especially for the EU / NA grudge matches. 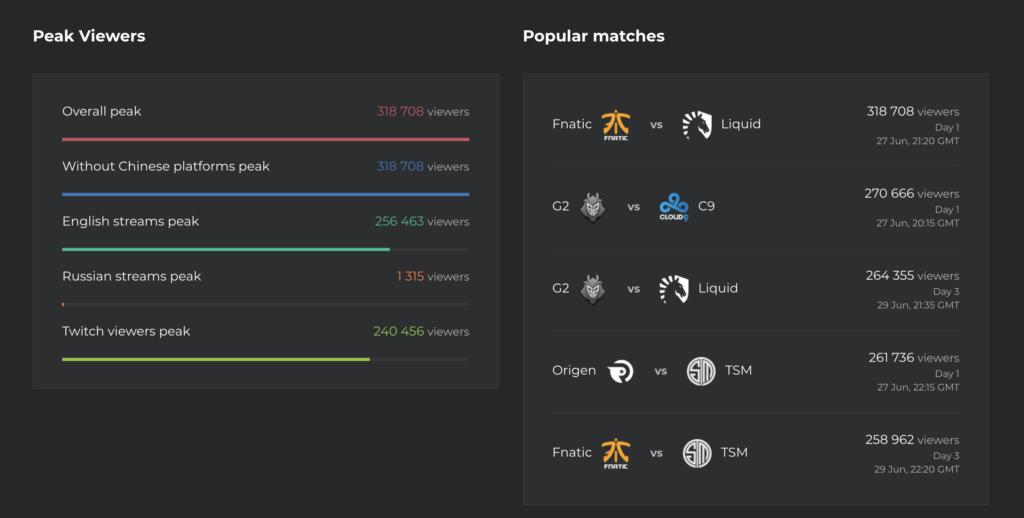 Statistics from Esports Charts
Coupled with this, there are a number of “celebrity” match ups comprised of top streamers, personalities and commentators taking to the rift to defend their nation. There is generally a great vibe throughout the stream with a more friendly take on the competitive element.

One aspect that doesn’t feature on Rift Rivals, as does with most CS:GO tournaments, is the element of betting. There are no key betting sponsors flashing up the latest odds or upcoming markets, but that doesn’t mean they’re not readily available. During the course of the tournament I wagered tactically on both teams slaying a dragon, giving average odds of 1.50, as well as G2 taking top kills and hitting kill milestones due to their recent performances. This netted a healthy profit during the first few games, with EU coming out in force to retain their Rift Rivals championship trophy.

Most matches were BO1, though as we moved to the finals there was a tag-team BO5 setup with each team rotating to play others. This generated a healthy number of markets and accumulator possibilities. The problem only really started when a few matches in, G2 (EUW) faced Team Liquid (NA) in the fourth game of the day.

G2 are currently the golden boys of EUW. After securing Caps from Fnatic they’ve been near unbeatable in the Spring and Summer splits. With a penchant for aggressive play-style and increasingly good synergy between their jungler and other lanes they’re consistently racking up high numbers of kills. This was recently calculated at an average of more than 1 kill per minute.

Team Liquid are also a force to be reckoned with, though aren’t as godlike as their recent apparel may lead you to believe. They are placed top of the LCS 2019 Summer Split having only dropped 2 games, but the current state of quality contrast between the regions puts them at a disadvantage. Going into this match, Team Liquid were the definite underdogs.

But don’t get me wrong, anything can happen on the Rift and just because one team is more likely to win on paper doesn’t mean it fall that way on the day. Unfortunately the scales can be weighted by picking a purposefully bad draft. Rather than playing meta or even slightly off-meta, G2 threw the playbook out the window, shocking viewers and commentators alike by locking in the debatable botlane composition: Zed / Yuumi. This isn’t to say that it couldn’t work, as they’d played it a couple of times in SoloQ together, but not at a professional level.

Twitch chat was quick to laugh it off, raving that EUW could beat NA even whilst trolling. But unfortunately this wasn’t the case, losing 6-15 with a 0-6 botlane. 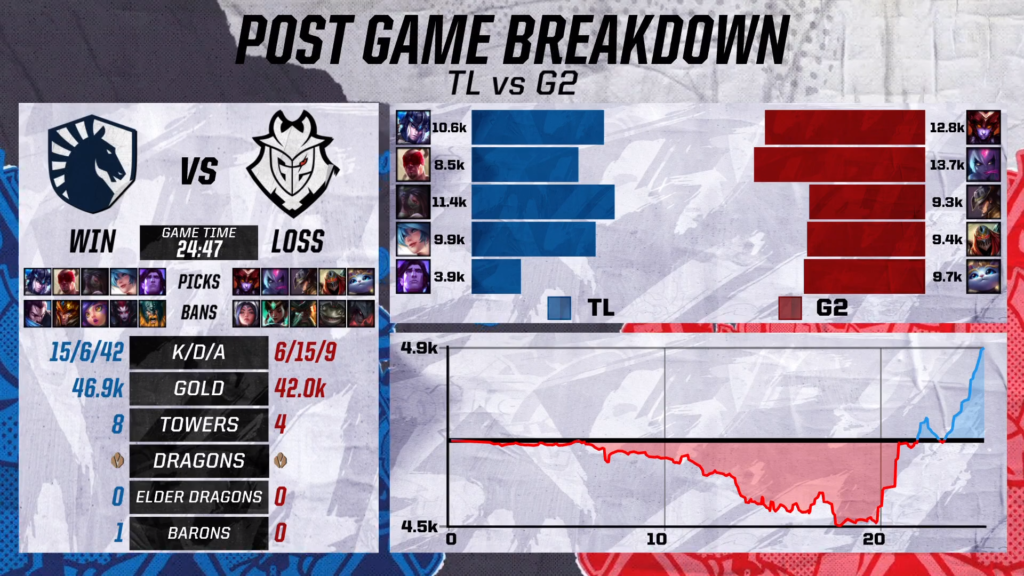 Now this isn’t really a problem. In essence it was a show-match and it delivered highly entertaining gameplay and something different from what you’d see tuning into the LEC / LCS. The problem only really arises when you are betting on the match, as where do you draw the line between making engaging content, and throwing a match? Does it only stem personal gain of the players, or just when they don’t things as seriously? In their first game G2 mostly all role swapped too, not playing their usual roles to mix things up, but still won the match.

Outside of people just enjoying the ride, this performance sparked some quite aggressive reactions from a select few on Twitter. Potentially people who’d bet heavily on the match and seen it pissed away.

Why? It's just disrespectful, i know thats how your team operates but i can still think it's shit. How is this refusal to take RR just 10% serious any fun for the viewer? Please explain.

If I owned a LEC team I would either not go to RR or send my academy team. This tourney is just for riot to make money not to make anyone better it’s dumb no matter what mine as well shit on riot

G2, on the other hand had a much more laid back approach, as did the majority of the community. The tweeted that Rift Rivals is much more about the entertainment value as opposed to competitive, and also referenced TFT memes after the match.

Shit, if @CarlosR would have let me play more TFT I would have actually realized I was missing one assassin for the bonus, could have drafted Akali on 3 to even get the Ninja bonus! 🤦‍♂️

My man, we love league of legends.

You should take a chill pill and enjoy the goddamn Zed Yuumi botlane. https://t.co/NfbKQpZF4P

In a similar incident, stemming around sacrificing meta picks for engaging content, Twitch streamer Nubrac has recently become notorious for playing roaming Teemo support, resulting in dividing League of Legends personalities between supporting his decision and wanting him banned. Riot took the stance that he still playing to the best of his ability, so there wasn’t a reason to issue a ban.

So this poses the statement that playing to the best of your ability constitutes in not throwing, but don’t professionals have to take into account the drafting phase as an extension of the game? It’s definitely a grey area and if you got this far in the article I’m sorry I couldn’t give you a definitive answer.

One thing I can offer, however, is a warning. A warning that show matches don’t hold the same level of competition between the players and teams and even with the best intentions they are more likely to deviate from what you’d come to expect. Rift Rivals is still an incredible event and I’ll be tuning in regularly, but I’ll just be focussing on casual bets to support my favourite teams moving forward.